The main trail head for the Pine Island Ridge Trail starts in Tree Tops Park. There are maps for all the park trails available at the gatehouse as you enter.

At the end of the main drive, there is a large area dedicated to equestrian use with off-road parking, tie outs, and a wash stand. Start following the Trail to the east of the water trough, bearing to the left until it crosses the pavement of the bike path. At the next right turn, follow the trail north through the fence and onto the Pine Island Ridge Trail. You will note the increase in elevation as you approach the ridge.

It is the elevation that brings the ridge its ecological and archaeological uniqueness. Because of its higher elevation within the vastness of the Everglades, the ridge was inhabited by the Tequesta Indians over 5,000 years ago. It was later occupied by both the Miccosukee and Seminole Indian Tribes. It has many archaeological sites which helped to obtain State funding for the Ridge’s preservation back in the late 1980’s. The trail follows what was once a dirt road that was used to move equipment along the edge of large citrus groves. Houses have replaced the groves, but the ridge has remained intact with lush native landscape. Malachite butterflies and gopher tortoise are among its more notable inhabitants.

There is a small gazebo along one of the paved pathways through the Ridge. Close to the gazebo is the highest natural point in Broward County at 29 feet above sea level. The Pine Island Trail also connects to the Westridge-Robbins Park Trail. 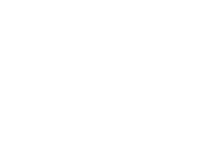